Talbot County in WWII: A Perspective on D-Day 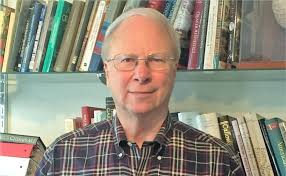 As we commemorate the 75th anniversary of D-Day, a day some historians call the most important moment of the 20th century, this is the story of Talbot Countians during that historic time and the incredible sacrifices they made during the war, presented by Larry Denton, Exec. Dir. of Talbot Co. Historical Society and  An explanation of the American victory on the coast of Normandy will be presented, illustrating the good and the bad of D-Day.

Larry Denton is a former academic administrator at Johns Hopkins University.  Since retiring he has published two books regarding the secession crisis which led to the Civil War: William Henry Seward and the Secession Crisis (2009); and, Unionists in Virginia (2014). He has lectured widely throughout the mid-Atlantic. President of the Talbot Historical Society from 2014-16, he is now their Executive Director. A mandolinist, he is the Music Director of the local Free & Eazy Band.