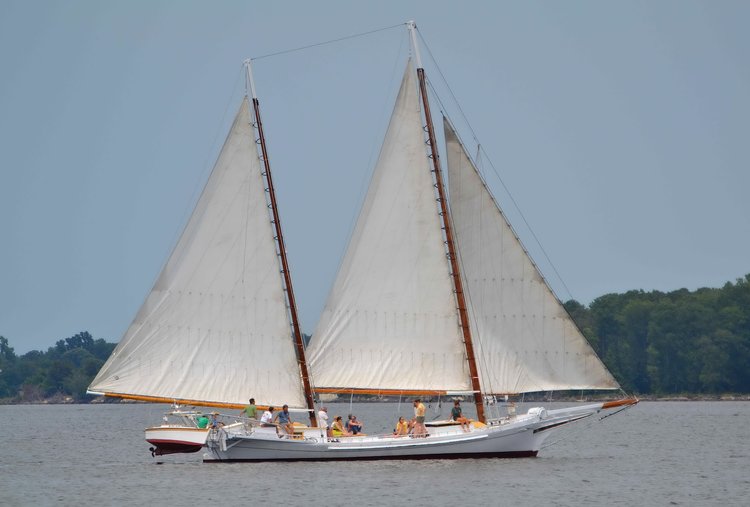 Edna E. Lockwood, the last historic sailing bugeye in the world and queen of the Chesapeake Bay Maritime Museum’s floating fleet, is on a National Park Service partly-funded heritage tour around the Chesapeake Bay. Edna Lockwood recently underwent a two-year restoration of her nine-log hull at CBMM.

Built in 1889 by John B. Harrison on Tilghman Island for Daniel W. Haddaway, Edna Lockwood dredged for oysters on the Chesapeake Bay through winter, and carried freight—such as lumber, grain, and produce—after the dredging season ended. She worked faithfully for many owners, mainly out of Cambridge, Md., until she stopped “drudging” in 1967. In 1973, Edna was donated to the Chesapeake Bay Maritime Museum by John R. Kimberly. Recognized as the last working oyster boat of her kind, Edna Lockwood was declared a National Historic Landmark in 1994.

A National Historic Landmark, Edna is the last of more than 600 working bugeyes in the world. For this tour, the 85-ft. Edna Lockwood will be sailed by Capt. Rose DiMatteo, the first woman to captain this vessel in it’s 130 year history.