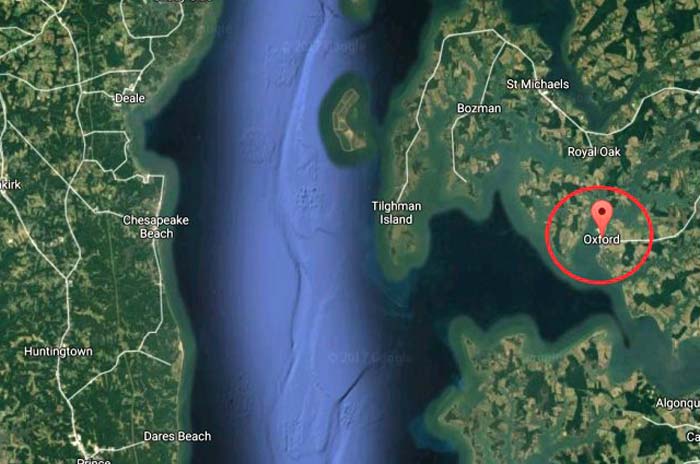 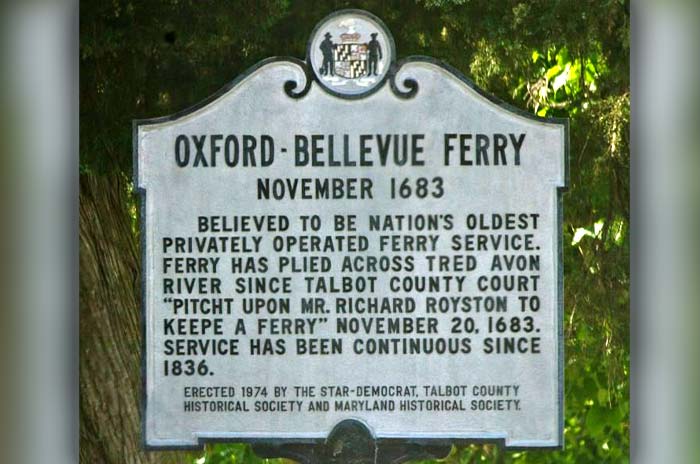 Oxford is one of the oldest towns in Maryland and is listed on the National Registry of Historic Places. Although already in existence for perhaps 20 years, Oxford marks the year 1683 as its official founding, for in that year Oxford was first named by the Maryland General Assembly as a seaport and was laid out as a town. In 1694, Oxford and a new town called Anne Arundel (now Annapolis) were selected the only ports of entry for the entire Maryland province. Until the American Revolution, Oxford enjoyed prominence as an international shipping center surrounded by wealthy tobacco plantations.

Early citizens included Robert Morris, Sr., agent for a Liverpool shipping firm who greatly influenced the town’s growth; his son Robert Morris, Jr., known as “the financier of the Revolution;” Jeremiah Banning, sea captain, war hero, and statesman; The Reverend Thomas Bacon, Anglican clergyman who wrote the first compilation of the laws of Maryland; Matthew Tilghman, known as the “patriarch of Maryland” and “father of statehood” and Colonel Tench Tilghman, aide-de-camp to George Washington and the man who carried the message of Cornwallis’ surrender to the Continental Congress in Philadelphia.

The American Revolution marked the end of Oxford’s glory. Gone were the British ships with their variety of imported goods, and tobacco was replaced by wheat as a cash crop. Businesses went bankrupt, cattle grazed in the streets, and the population dwindled. After the Civil War, Oxford emerged from its “long slumber” to nearly 100 years of a new prosperity signaled by completion of the railroad in 1871 and improved methods of canning and packing which opened national markets for oysters from the Chesapeake’s bountiful beds. Business was booming, houses were going up everywhere, and tourists and boaters were arriving in droves. But it was not to last.

In the early part of the 20th century, the oyster beds played out, the packing houses closed, other businesses went bankrupt, and the railway and steamships eventually disappeared. Oxford became a sleepy little town inhabited mainly by watermen who still worked the waters of the Tred Avon.

Oxford today is still a waterman’s town, but is enjoying a new resurgence based on tourism and leisure activities. Its quiet charm, fresh air, summer breezes, and clean water provide a haven from the hustle and bustle of city life for boaters, weekend visitors, and summer residents.

works to promote the town of Oxford and to provide a positive business environment for its members to achieve cultural, civic, economic, and business goals and to contribute to the prosperity and vitality of the Oxford community. We hope the website enables you to get familiar with the shops, services, resources, restaurants, lodging and events that combine to create a welcoming experience! If you are a business, take a moment to read about the many benefits to membership that ultimately grow friendships and loyal customers. 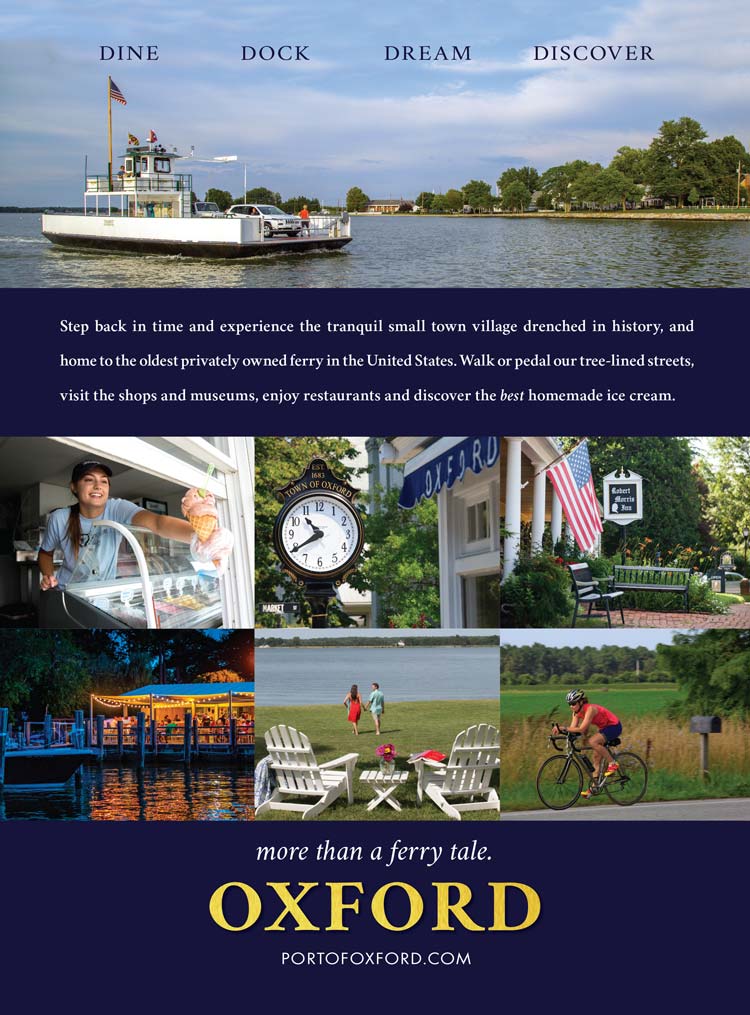 From the heritage of our unique town, to local emergency services, government and much more, you’ll find it in one of the links provided!

Stories of the Chesapeake Heritage Area

The Oxford / St. Michaels Bike Trail is recognized as one of the best in the mid-Atlantic region.

The route includes the historic town of Oxford, the crossroads of Royal Oak with its antique stores and post office (where you will find a cannon ball that lodged in a nearby oak tree during the War of 1812), and our stunning sister town of St. Michaels with its many shops and restaurants!

The location of our unique town affords travelers from all over access to our breathtaking water views, amazing food, family fun and boating paradise.  Centrally located, commercial and private jet travelers can get to Oxford Maryland quickly and easily.

Electric Car? No problem, Oxford has 2 free charging stations, one behind the Robert Morris Inn and one by the tennis courts.

Check out this student video!