OXFORD, Md. – January 5, 2023 – As Tred Avon Players enters its 42nd season of entertaining the community with comedies, dramas and musicals, it’s excited to announce a terrific line-up for 2023. Flex Passes and individual ticket sales are available for all four shows at www.tredavonplayers.org. The shows will be performed in partnership with the Oxford Community Center at 200 Oxford Road, Oxford, Md.

Time Stands Still is set in Brooklyn and revolves around Sarah, a photojournalist who has returned from covering the Iraq war after being injured by a roadside bomb, and her reporter boyfriend James who is swamped by guilt after leaving Sarah alone in Iraq. They receive a visit from their friend Richard, a photo editor, who introduces them to his new girlfriend Mandy, who is much younger than he. The play focuses on their relationships and Sarah and James’ prospects at a more conventional life.

Moon Over Buffalo by Ken Ludwig, Directed by Tim Weigand

The hilarious comedy, Moon Over Buffalo, centers on George and Charlotte Hay, fading stars of the 1950s. At the moment, they’re playing Private Lives and Cyrano De Bergerac in rep in Buffalo, New York with five actors. On the brink of a disastrous split-up caused by George’s dalliance with a young ingénue, they receive word that they might just have one last shot at stardom: Frank Capra is coming to town to see their matinee, and if he likes what he sees, he might cast them in his movie remake of The Scarlet Pimpernel. Unfortunately for George and Charlotte, everything that could go wrong does go wrong, abetted by a visit from their daughter’s clueless fiancé and hilarious uncertainty about which play they’re actually performing, caused by Charlotte’s deaf, old stage-manager mother who hates every bone in George’s body.

A single personal ad inadvertently draws four middle-aged singles together when Val and Andy arrange to meet on a blind date, dragging Nina and Matt along for moral support. High romance and contagious laughter are the result. Looking is the story of four middle-aged singles who are seeking relationships while navigating life’s pitfalls. Andy and Matt are long-time buddies looking for surefire ways to meet women. Val and Nina are best friends forever looking to meet men. Val is an O.R. nurse, Andy is in the storage business, Nina is a police officer, and Matt is the host of a morning radio show. Val agrees to meet Andy at a bar, and Nina and Matt are coaxed into joining their friends for support. Their relationships progress through the following weeks, setting off laughable plot twists and an unexpected hookup. Cleverly written, funny and insightful, Looking shows us we don’t always get what we set our sights on, but what we end up with can be an unexpected surprise.

The Fantasticks; Music by Harvey Schmidt, Book and lyrics by Tom Jones, Directed by David Cherry

The Fantasticks is the longest-running musical in the world, a timeless fable of love that manages to be nostalgic and universal at the same time. Its moving tale of young lovers who become disillusioned, only to discover a more mature, meaningful love is punctuated by a bountiful series of catchy, memorable songs, many of which have become classics.

The Fantasticks is a funny and romantic musical about a boy, a girl, and their two fathers who try to keep them apart. The narrator, El Gallo, asks the audience to use their imagination and follow him into a world of moonlight and magic. The boy and the girl fall in love, grow apart and finally find their way back to each other after realizing the truth in El Gallo’s words that, “without a hurt, the heart is hollow.”

Founded in 1982, the Tred Avon Players is a nonprofit organization whose purpose is to enrich, educate and entertain its community by providing a high-quality theater experience. Hundreds of local performers, stagehands, audience members and donors have been the backbone of its success throughout the decades. To learn how you can get involved and to purchase tickets for upcoming shows, visit www.tredavonplayers.org and follow Facebook, Twitter and Instagram. 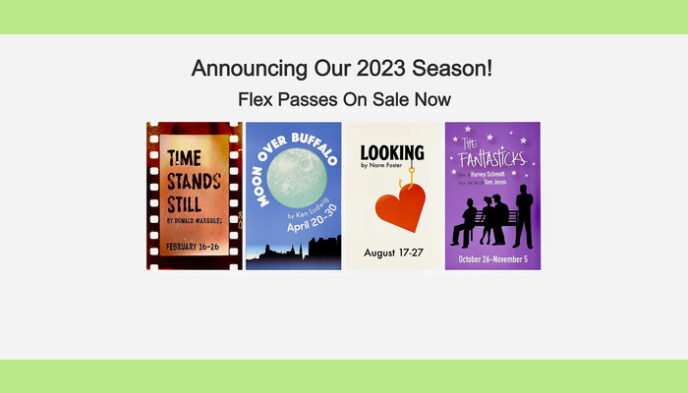